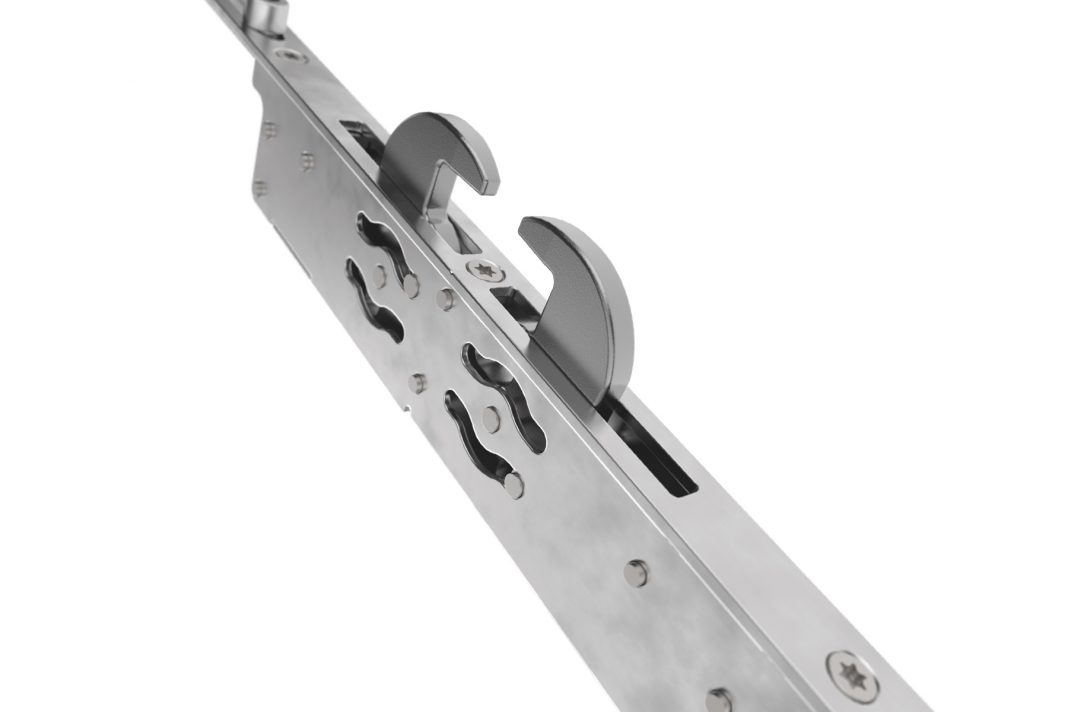 Alutech Systems has adopted the Ingenious Duplex Professional lock as the default lock on its range of aluminium door systems. The move, which comes shortly after the Ingenious range was added to the multipoint lock offering from Mila, will also see the range branded Alulock.

The company previously offered its aluminium systems with a three-hook multipoint lock as standard but says it has upgraded to the five-hook option Duplex because it offers higher levels of security, combined with better value.

General manager Paul Hargreaves, explained some of the benefits: “Our previous three hook lock was starting to show its age and we wanted to switch to a more advanced option which we could still offer at a competitive price to our customers.

“The Ingenious Duplex Professional was made all the more attractive because it was available from Mila. That meant we could work with the Mila technical team to develop an exclusive keep which made it easier to fit into our door system, and we knew we could rely on great service from the Mila sales team.”