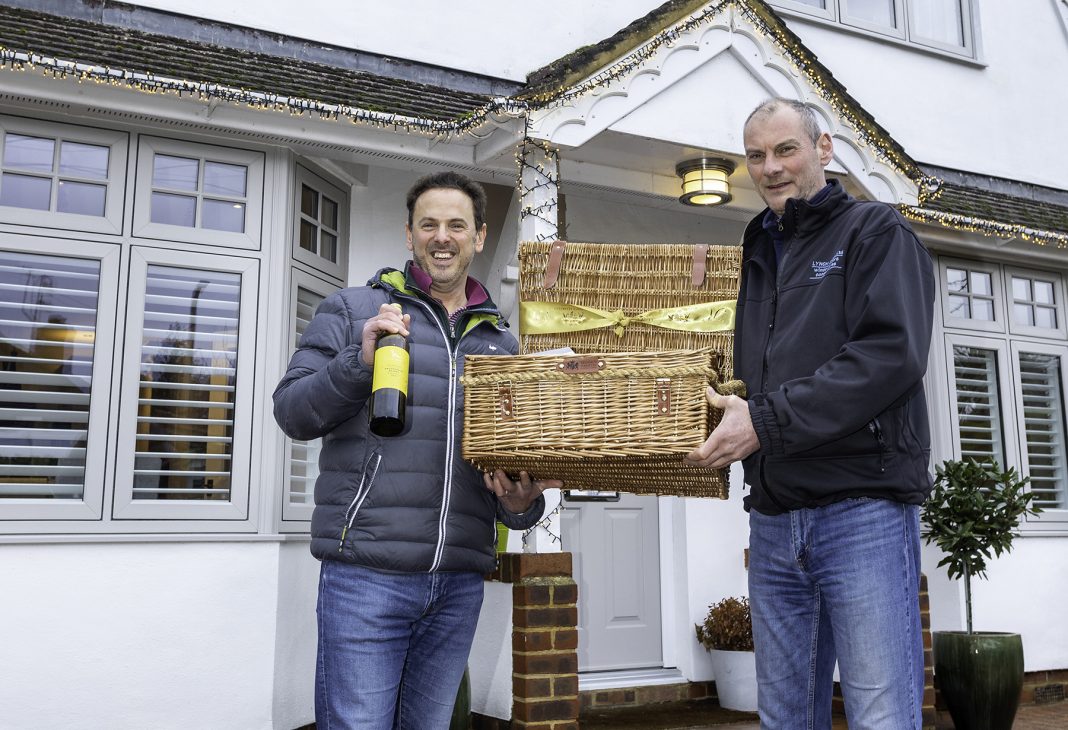 A set of casement windows made with the Epwin Flush Casement system has been named top installation of summer 2022 by fabricator Universal Trade Frames.

Terry Saunders, area sales and marketing/technical sales at Universal Trade Frames said: “We ran our summer competition over two months and the Maidenhead installation was the obvious winner for us. It’s a high-quality installation and is one of the only properties in the UK to use the bespoke Purbeck Stone colour.”

The Lynch Cooper team and the homeowner each received a hamper for winning the competition.

He added: “The slim and equal sightlines of the Epwin Window Systems Flush Casement Window System give it an edge over comparable products, particularly because we can deliver a bespoke product that’s fully mechanically jointed and has Astragal bars.”

A trophy and a trio of runner-up recognitions for Made for...