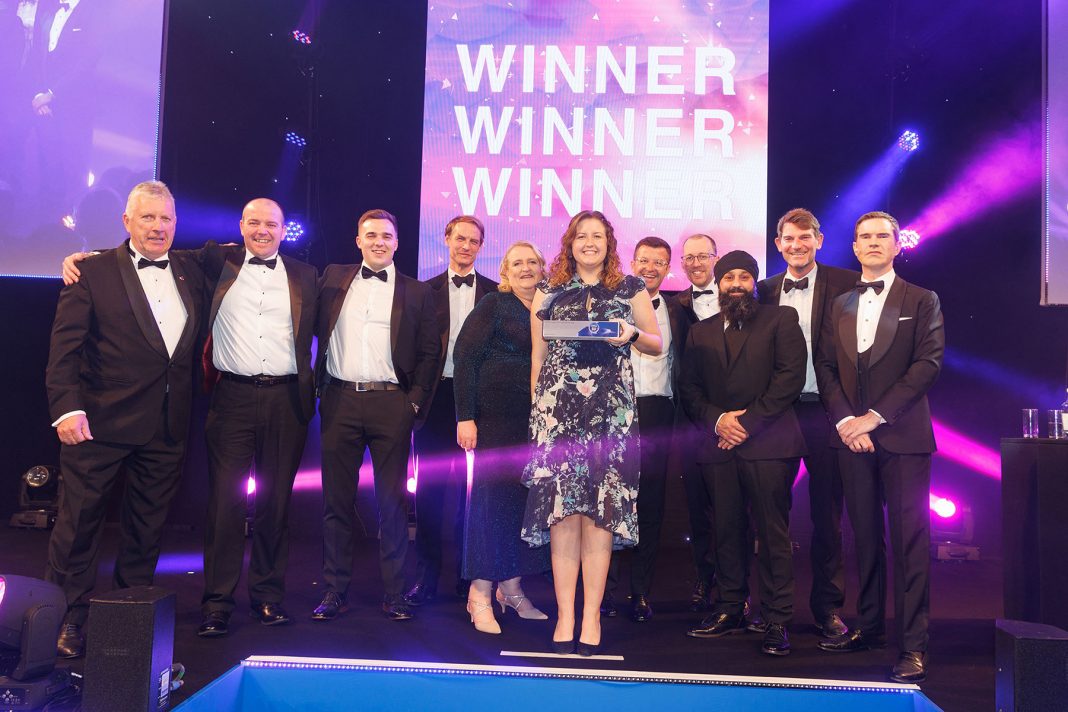 has supported the Building Awards held in London since 2018. Aluprof UK is celebrating three of the trophies in the recent Building Awards going to projects using its Aluprof aluminium systems to complete their facades.

The event was held at the Grosvenor House Hotel in London’s Mayfair and hosted by Jimmy Carr, bfore more than 1,100 guests. Chloe McCulloch, Editorial Director at Building, said: “The judges felt truly uplifted by the quality of the submissions this year, pointing to the resilience of this industry in the face of unprecedented headwinds.”

Sponsoring the ‘Building Magazine Project of the Year’, Aluprof UK presented the award to the Houlton School project in Rugby by the team Urban&Civic, Morgan Sindall Construction and van Heyningen and Haward Architects. The project uses Aluprof’s MB-70 window system which was installed by Dotcom Glazing. The former Rugby Radio Station building was redesigned with further listed buildings on the site to form the new state school delivered by the private sector.

The ‘Refurbishment Project of the Year’ winner was the Bodmin Jail Hotel entered by CField Construction. This project takes a grade two listed derelict and dilapidated 18th  century Cornish Prison which is then converted into a seventy bedroom, boutique four star hotel. Each of the bedrooms has been formed using three former cells and retains many of the building’s original features, such as the window bars, stone floors, walls and ceilings, with many further features of the original prison woven into the building fabric. Aluprof UK supplied their MB Slimline window system used for the cell windows which is a slim sightline aluminium system which looks like a steel window system but incorporates a full thermal break.

The ‘Digital Excellence Award’ winner, entered by Sir Robert McAlpine and Mace, was The Forge in south London’s Southwark. Designed by architects Bryden Wood, introducing a raft of digital technology proposals which enabled Landsec to achieve its innovative ambitions for the scheme. The Forge aspires to be the first commercial building constructed and operated in line with the UKGBC’s net zero definition and energy reduction targets. It comprises two new office buildings and a public courtyard. Located on Sumner Street, The project will be the world’s first large-scale office scheme to be built using a standardised “kit of parts”, in an approach known as ‘platform design for manufacture and assembly’ (P-DfMA), which applies the advances made by the manufacturing industry to construction.

Ultraframe is NFA Conservatory Roof Fabricator/Manufacturer of the year