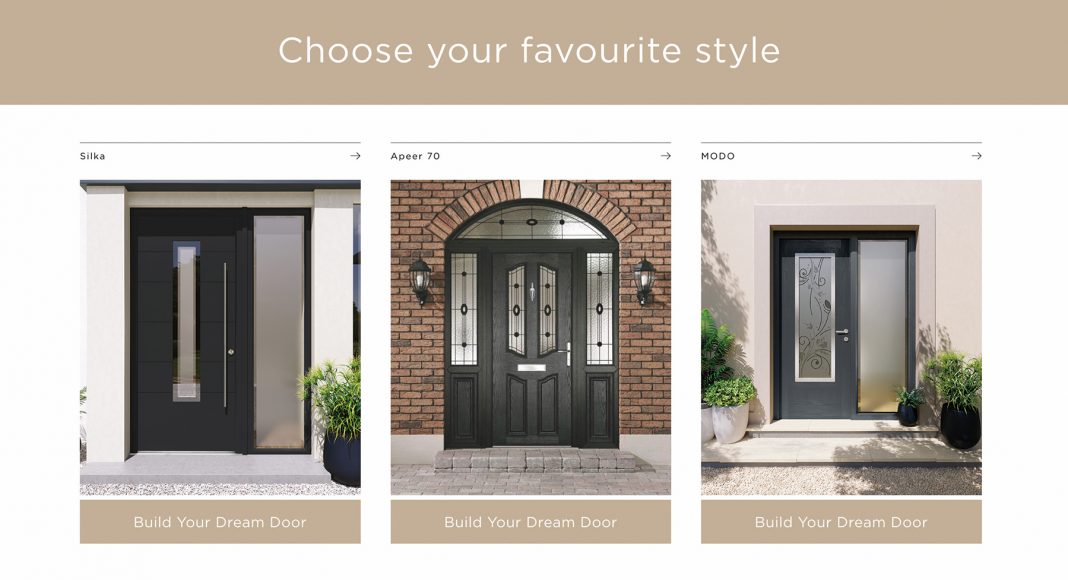 Apeer has concluded a two-year development project with the launch of its new virtual door builder.

IT Manager Eddie McStravick said: “The new door designer has been created with the homeowner in mind, so we have focused on ease of use and strong computer graphic imaging (CGI) aesthetics to make it the best-looking door builder on the market. We spent a lot of time researching our competition, resulting in us releasing software that combines the most versatile, quality elements of modern technology into one single system. Performing as a web-based application and designed with ‘mobile first’ behavioural considerations, responsive design features ensure that the online user experience remains slick across any device.”

He added that Apeer wanted to create something which was purely image based and streamlined enough to enable users to design their dream door in less than ten clicks. The entire product line is included, with all door types and sub styles available to choose from including Silka, Apeer70, Apeer44 and Modo ranges, plus, a full range of glass designs. Phase 1 has included the launch of the visual door designer, with pricing and real time ordering to be added in the coming months.

Eddie concluded: “As part of the process homeowners can upload a photo of their own home and overlay their door design for a preview of the end result. We spent a lot of time on ensuring enhanced, sharp imagery for the most realistic effect possible. We’re really excited about how the door designer will change our business, along with the extra exciting updates to the system planned for release next year.”

Exlabesa earns Made in Britain tag