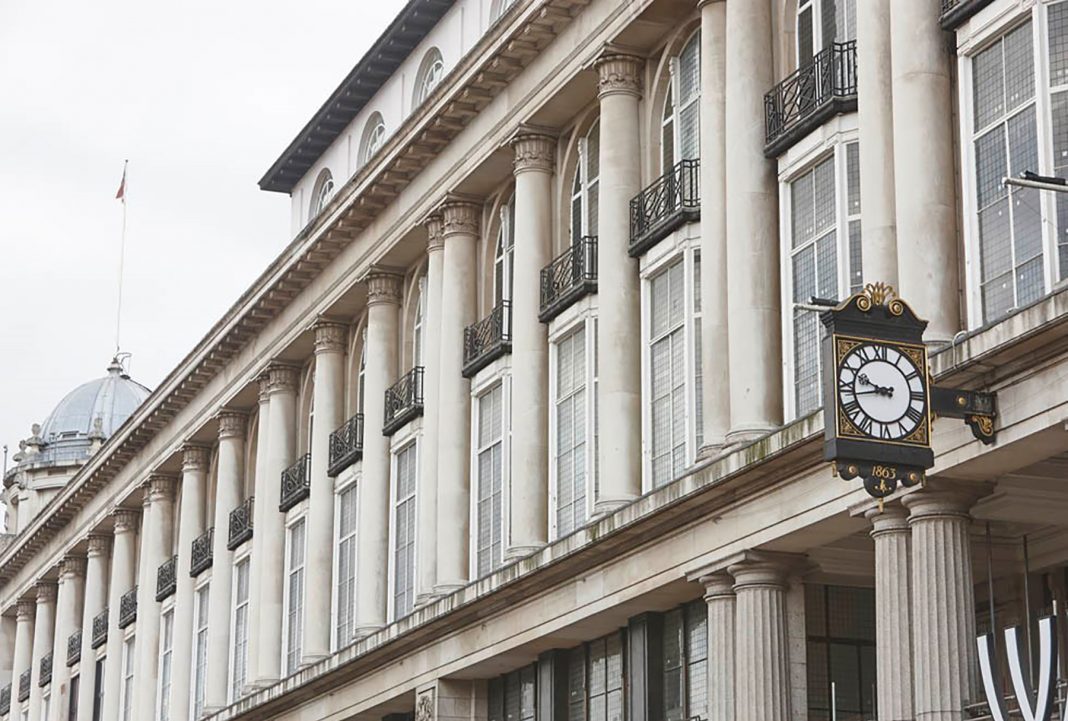 Associated Steel Window Services (ASWS) faced complex challenges when it completed its largest-ever survey and detailed removal project as part of the £1billion redevelopment for the former Whiteleys Shopping Centre in West London.

Originally completed in 1911, but partly destroyed in a fire and rebuilt by a different architect, the landmark retail property on the Queensway had seen its former glory fade by the time ASWS was invited to carry out a comprehensive condition survey by the owner’s architectural consultants. Two of the company’s surveyors were subsequently kept occupied for 14 weeks – detailing every frame member, piece of ironmongery, each copperlight and other component across 147 windows on the three main elevations to the three storey building.

With both Heritage England and the local conservation officer closely involved with monitoring the project, ASWS went on to present its detailed report, including individual drawings of each window – not only in digital form, but also as a bound volume which was circulated to all the main parties involved on the project.

Contracts director Kris Bennell reflected: “Whiteleys is of enormous historic significance and complexity, being split between the original Belcher & Joass end and that designed by William Curtis Green after the 1920 fire – while it is also very unusual to see an entire façade of copper glazed windows. Following on from our full condition survey which took some three and a half months, we produced a report on the 19 different window types, with physical drawings, CAD drawings and details on every component.

“This all added up to a digital and bound document setting out what work needed to be done, what windows or elements could be saved, and formed the basis for liaising with the conservation bodies.”

Due to the confused picture presented by a century of maintenance replacement as well as the fire damage, the forensic nature of this work included checking back on catalogues for the earliest designs of steel windows, plus dating items like hand-made screws as well as coatings, to help the project team determine the comparative age of all the ironmongery and other components. (ASWS was even able to source a copy of the original Architect Review from March 1912, costing one shilling at the time, showcasing the original project.)

Kris continued: “Following on from this, in 2017, we were appointed by Erith Contractors to painstakingly deglaze some 2,000 copper lights, and dismantle the steel frames along with the half ton cast iron mullion and fascia sections.  Everything was tagged, catalogued and stored separately in crates and palletised for transport to our facility at Gatwick.  This was, at the time, the largest refurbishment project being undertaken in Europe and we were very proud to be involved.”

From the logistical viewpoint, the windows’ removal was made more complex by the fact that parts of the building were already being demolished while openings were being made ready for the façade retention system to reach through.  As well as involving a Health & Safety consultant, ASWS utilised a MEWP – or Mobile Elevated Working Platform – with all of its operatives having to be harness trained and only use tethered tools as well as hydraulic mini-cranes to demount the mullions and other heavy sections.  Site records show that during the 18 month process the company had no accidents or reportable incidents.

The Project Manager for Erith Contractors, James Williams, said: “Having worked with ASWS for nearly two years on the Whiteleys Project, I could not recommend them enough.

“Where ASWS was most useful was the continued provision of information and continual support with their elements of our works.  As with all heritage and listed projects, the demands on the main contractor to provide support, evidence and proof of safe and effective removal and storage was incredibly intense.  This was made simple by the whole ASWS team – from their removal teams, to tagging and registering, to off-site storage and logistics they were always able to give that confidence that both the planning officers and our client demanded.”

While the developer was eventually given permission to install new, high-performance metal windows in the building on an energy basis, the work carried out by ASWS represents its most detailed ever involvement in heritage enablement.  The conserved frames and copper lights have been returned to the client and will likely find a role in restoration work on other listed buildings.

Secondary glazing at the Museum of London

A fruitful development for Senior