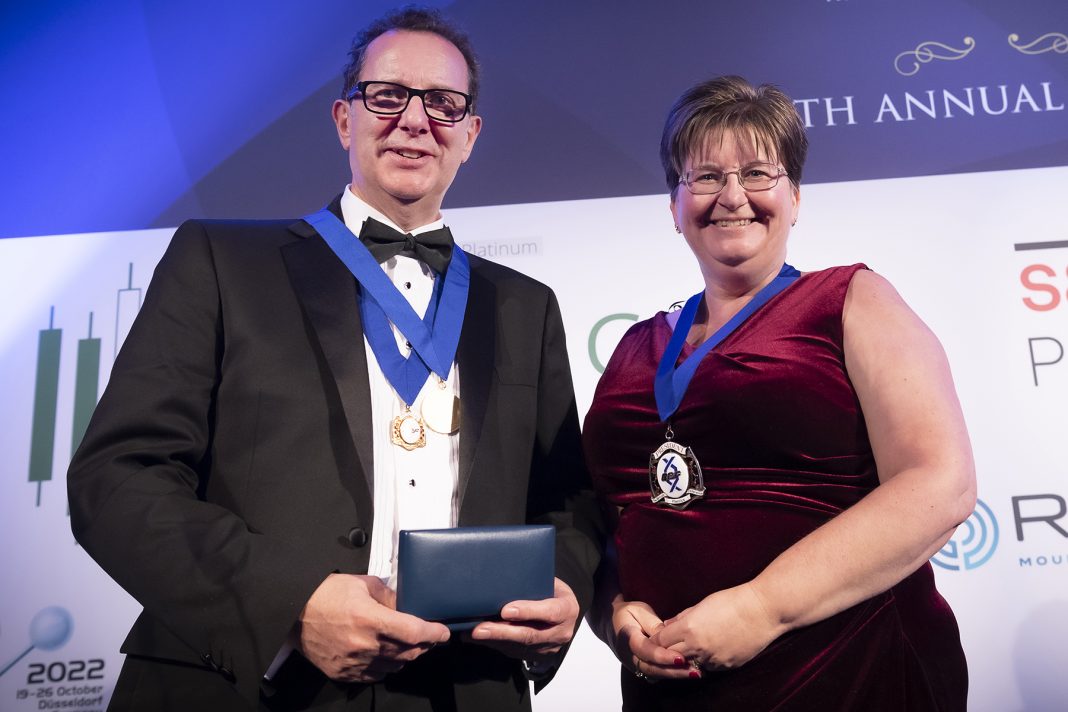 Martin Althorpe, Technical Director of Epwin Window Systems, has been presented with the British Plastics Federation’s Gold Medal Award for Outstanding Services to the BPF and the wider industry.

The Gold Medal Award is voted for by senior members of the BPF. Martin is the first representative of the window industry to receive the honour and joins an elite group of individuals who have made a significant contribution to the UK plastics industry.

He was presented with his award in front of 440 guests by Karen Drinkwater, the current President of the BPF, at the organisation 88th annual dinner, which was held at the Royal Lancaster London on 14 October 2021.

“These were testing times for the industry which was the object of unwarranted environmental attacks and was also undergoing a period of rationalisation. Martin’s leadership brought the Group through these difficulties intact and provided a very strong sustainability story.

“Following his longstanding role on the BPF’s Council and its Strategy and Finance Committee, Martin was elected as BPF President in 2019 and then served through the most difficult time in the BPF’s history until 2021. Martin’s calm, measured approach to the BPF’s business was an inspiration to the members and staff in so many of the crisis meetings held.”

Martin said: “I am honoured to receive this award. The industry has an impressive track record of producing innovations that have changed people’s lives for the better and I am proud to be a part of it.”

BMBI wins for research at BMAs

Finesse in for Which? Trusted Trader accolade again