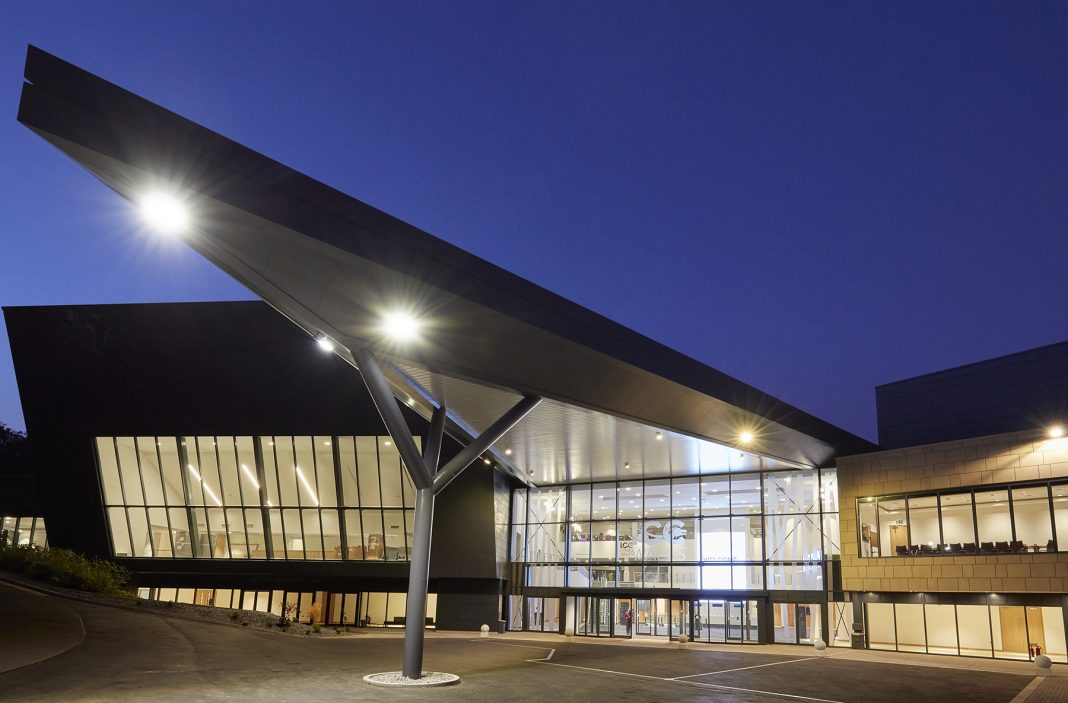 Architectural aluminium glazing systems from the portfolio of Kawneer, including its AA110 curtain walling system, window vents, doors and “roof glazing” were used on the new £83.7million International Convention Centre for Wales at the Celtic Manor Resort in Newport.

AA110 zone-drained curtain walling, with 65mm sightlines, was used for the majority of screens to conference rooms, entrances and circulation areas while the mullion-drained equivalent has been used to the auditorium bar and atrium roof light. AA545 side-hung, open-out window ventilators feature on the ground-floor offices and Series 190 heavy-duty doors, both manual and automatic sliding, on the ground-floor entrance and circulation areas.

The Kawneer systems were installed over five months by a team of up to eight from sub-contractor and approved Kawneer dealer APiC UK, whose senior sales and estimating technician Andrew Finn said:

“The Kawneer curtain walling to the auditorium bar slopes outwards from the vertical plane at 20°. This area was challenging for us as the degree of slope of the screen meant it was classified as roof glazing but in addition it still needed to meet the project requirements for crowd loading. But with double-glazed units at 4.5m high incorporated in the screen, the auditorium will have a light, spacious feel and provide excellent views of the surrounding area.”

Celtic Manor Resort chairman Sir Terry Matthews said: “The Celtic Manor Resort has already established a reputation as the UK’s No 1 Conference Hotel but this new centre is a real game-changer. In the past, we’d been forced to turn away hundreds of millions of pounds of business because we did not have the capacity to hold the largest conferences. Not any longer.