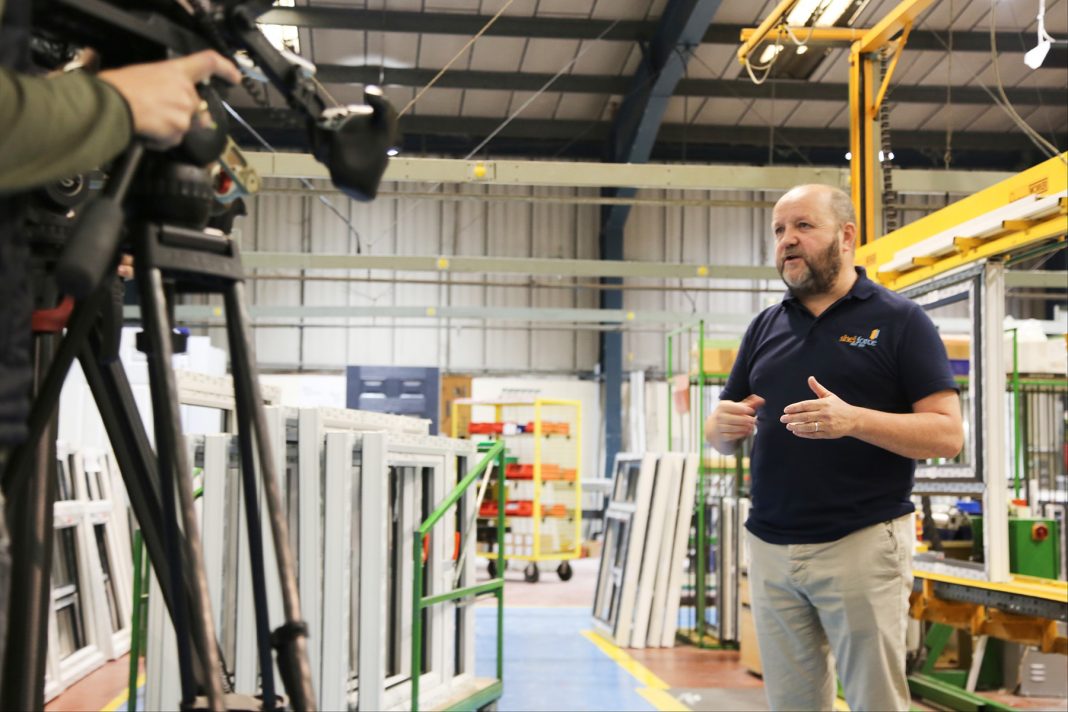 Shelforce, the specialist fabricator employing a 75% disabled workforce is set to feature on ITV’s Made in Britain this week featuring its policy of inclusivity in its work for local authority housing projects.

The show, to be aired on ITV4 at 8pm on Thursday (Apr 22) narrated by actor Ricky Tomlinson, will focus on the Birmingham company’s production processes and its inclusive approach to employment and will include interviews with staff on what working at Shelforce means to them.

Shelforce, which also employs some of the city’s most vulnerable people, with 75% of its workforce disabled, welcomed camera crews to its Erdington-based factory in October.

Howard Trotter, Shelforce’s Business Manager, said: “It was fantastic that the producers of Made in Britain chose to tell the Shelforce story and it’s a great opportunity for us to show what we do and for the team to get the recognition they deserve.”

When the programme was first announced http://www.the-glazine.com/?p=1741 series Producer Rob Kelly explained: “We were very keen to come here because it’s got everything – great product, great factory, and great people. Shelforce has hit the headlines in the past for its work in raising awareness of inclusivity in the workplace, and it was wonderful to see how everything works and speak to some of the people involved.”