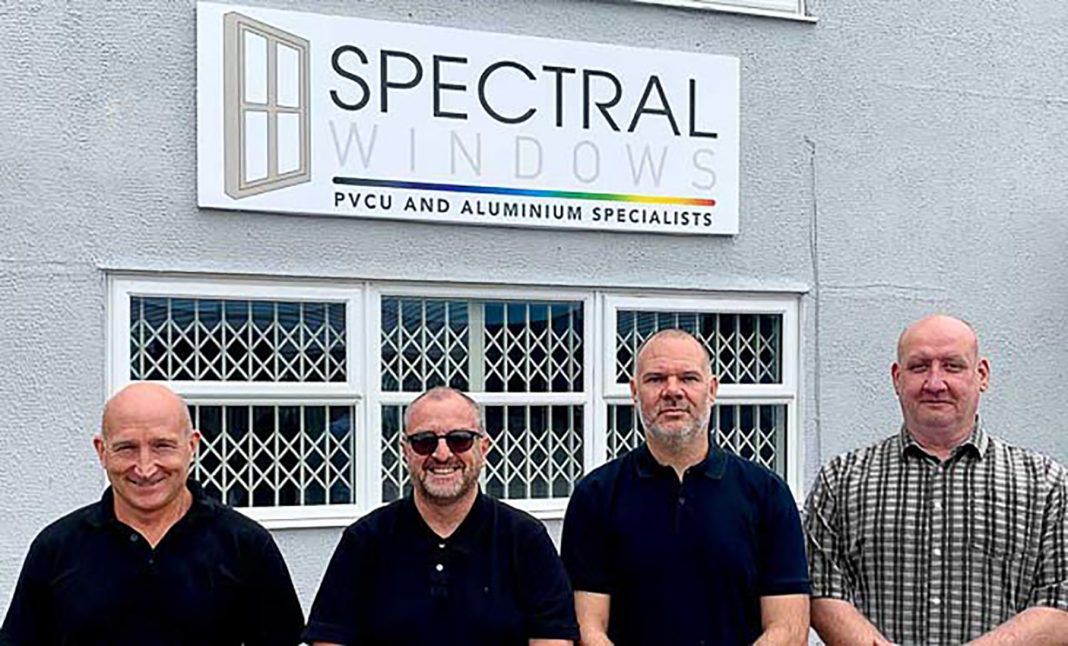 The manufacturer, which last year invested £1m in two new facilities, began by producing Deceuninck’s storm and flush casement windows and doors, including the Heritage Flush window and door, 2500 and 2800 window series and Slider24 patio door at its Walsall, West Midlands factory.

Now, the fabricator has also signed up for the Decalu88 bi-fold and Decalu163 lift-and-slide, which it manufacturers from its Kettering factory, alongside its mechanically jointed version of the Deceuninck Flush Sash casement.

Spectral director Nick Rudd said: “We’re extremely excited about introducing Decalu. It’s a system that offers fantastic U values and aesthetics and thanks to co-extruded, pre-inserted gaskets it’s popular with installers as it saves them time and money by reducing glazing times to a matter of minutes.”

Fellow director Jason Wilder explained the original decision to go with Deceuninck for PVC-U systems: “We have ambitions to be an industry-leading fabricator for colour, so having access to 30 foils from stock takes the pressure off us to hold stock in the warehouse.

“But it’s also the flexibility of Deceuninck’s offering that appealed to us. For example, being able to offer a different colour on the interior of the frame opens up even more options for the homeowner. And if an installer has a project with windows, a French door, and a slider, they can offer the same colour on the same lead time.”

Deceuninck sales director Chris Jones added: “Spectral is a fantastic addition to our growing family of fabricators. The team clearly shares Deceuninck’s passion for creating beautiful windows, while making sure the customer is at the heart of the business. That starts with an impressive product range, but also puts flexibility and reliability front and centre.  We’re delighted to be able to help this ambitious company grow.”

Twice as many favour flush – survey

Growing vacancies in a shrinking industry reveal the urgency of the...