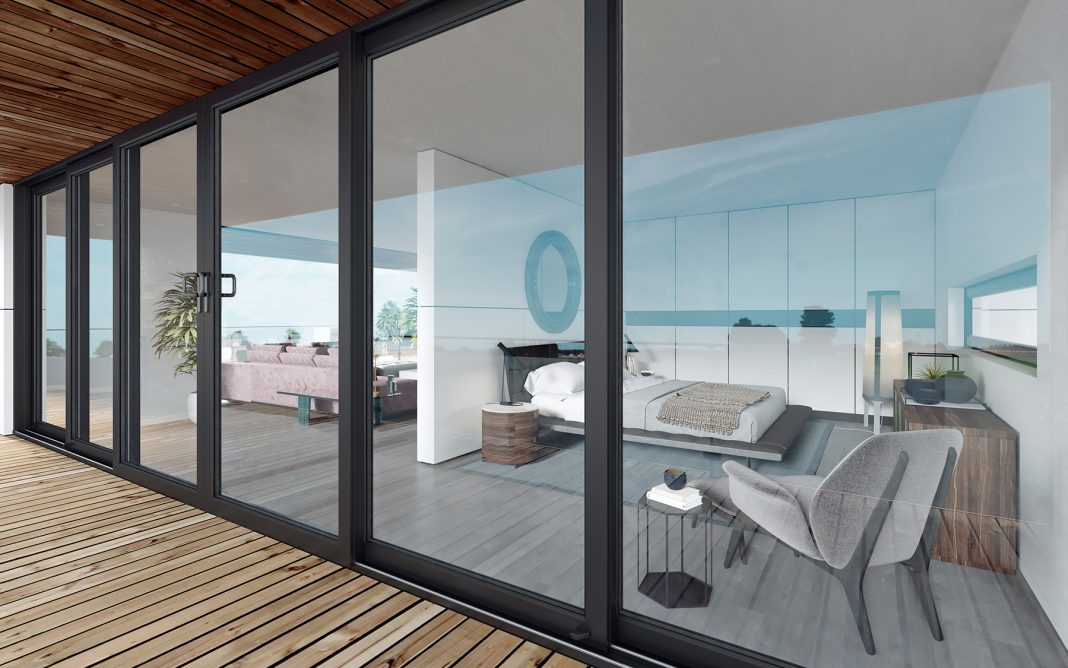 The new updates include reinstating the Yale 6-hook lock on all doors. Head of marketing Gerald Allen said: “We’ve listened to customer feedback and brought back the Yale 6-hook lock. We are also working closely with Yale to develop a new PAS 24:2016 locking system based around the Yale 6-hook lock with shoot bolt extensions to create 10-point locking for maximum security. It will be a step-change in door hardware security and we look forward to launching this soon.”

Further upgrades include enhanced security with an improved reinforcing chamber width, making the system is 33% stronger, and improved thermal performance and a new sash profile that increases the variety of glazing options to 28mm and 36mm (which is triple glazed).

Weather seals have also been further improved as a result of the introduction of a new PCE gasket.

Aesthetic enhancements include a choice of outerframe options to increase design versatility and a new interlock sightline that aligns with the opposing sash rebate. There is also a new midrail said to be easier to fabricate because it involves fewer components.