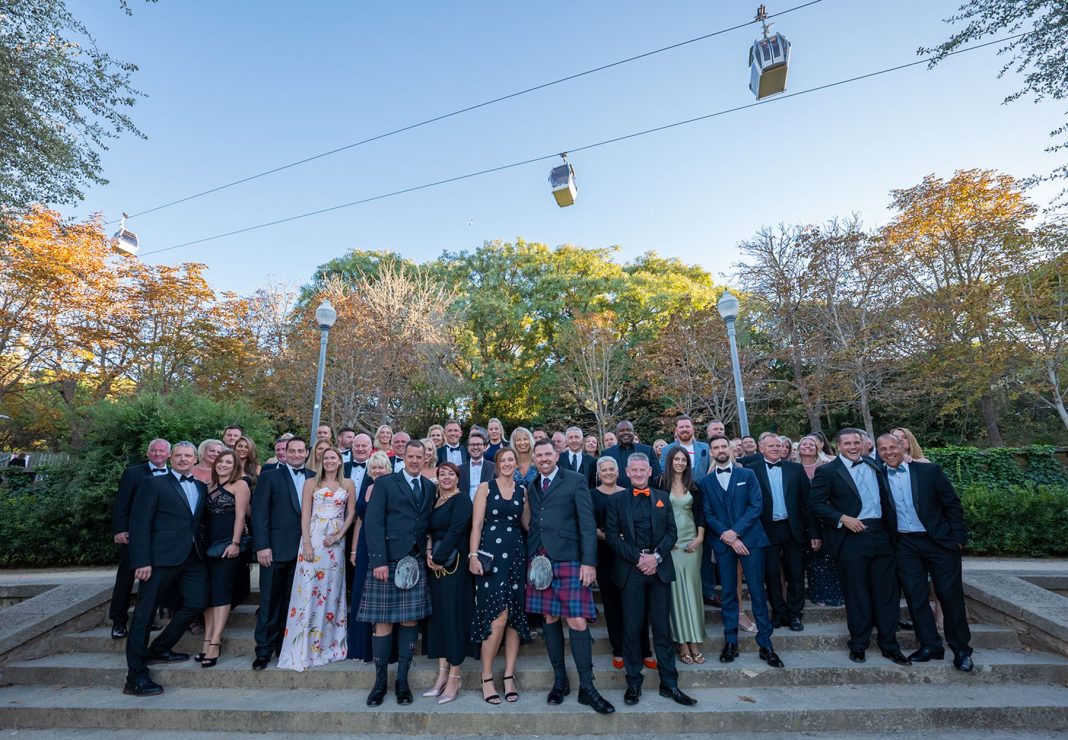 Conservatory Outlet has welcomed two new members to it UK-wide network of retailers, taking the total to29, and signalled that a 30th is to be expected soon.

The arrivals of Ayrshire’s RMC and Dundee-based installer Ecofit also means the Wakefield-based company now has a presence in every postcode region in Scotland.

The news was announced by CEO Greg Kane during the organisation’s annual ‘Network Celebration’ held at the Esferic building in Barcelona’s Montjuic park.

Stakeholders also heard how Conservatory Outlet has invested £100,000 into a new academy to support staff with sales training and a raft of new measures being introduced to help facilitate growth, along with other initiatives and a look ahead at what’s in store over the next twelve months.

“Whilst many of our competitors took major casualties and lost many clients during the last two years, we’re been able to maintain all of our network – a fact we put down to the shared values of honesty, quality and innovation,” said Greg.

MD Mick Giscombe added: “Not only have we remained intact, but Conservatory Outlet has strengthened our coverage in key strategic areas with the arrival of two of Scotland’s finest home improvement specialists in RMC and Ecofit.

“This takes us to 29 companies, with another new member set to be announced shortly.”

He continued: “I don’t think we’ve ever had two years like we’ve just seen, moving from the issues surrounding COVID-19 to supply chain disruption and, this year, massive price rises. Throughout this, our focus has remained on delivering new solutions, products and initiatives to drive leads for our retailers.”

The Conservatory Outlet Gala Dinner was used to recognise some of the achievements of its members, with West Yorkshire Windows (WYW) celebrating 15 years in the network and Amber Home Improvements, Premier Windows and Conservatories and Mitchell Glass all marking their 10-year anniversaries.

There was also time to highlight Trevor Malia as the Network’s ‘Unsung Hero’. He joined James Oliver Conservatories as an apprentice and now, 30 years on, leads a conservatory fitting team that works on all the company’s flagship and high-value projects.

Karen Clough, Marketing Director, went on to add: “Barcelona has been a fantastic trip and underlined the superb community and family spirit we have in the network.

“This was none more evident when eight of us – Joey Heaton (TWC), Stewart Kelly (Eden), Mervyn & Lindsey Stanley (ERG) and Paul Reid, Garry Myles and Sarah Boyle (all Ecofit) – decided to skydive from a plane at 10,000 metres. Together, we managed to raise more than £2,700 for the NSPCC and a further £900 for Prospect House in Swindon. It was a brilliant opportunity for the Network to come together and show support for some fantastic charities.”