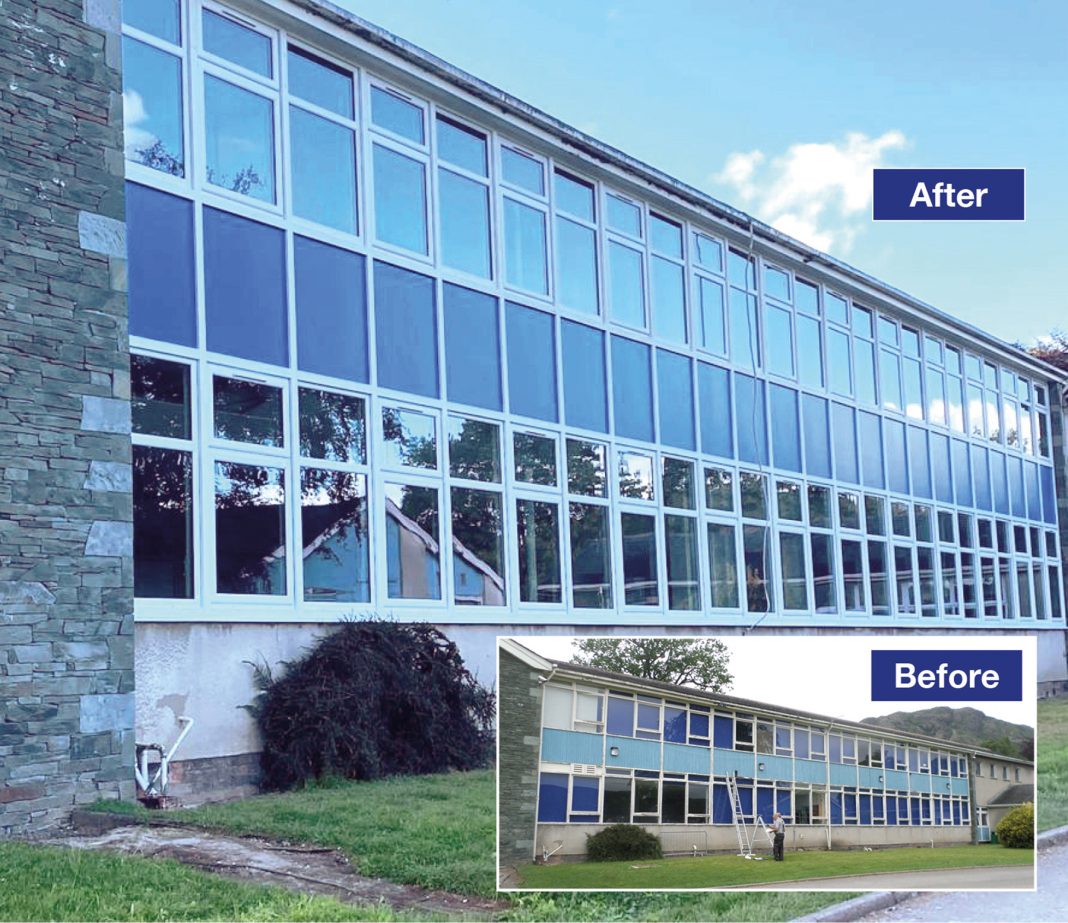 Some 48 Optima casement windows, 24 insulated 70mm insulated panels and 240 metres of curtain walling from Epwin Window Systems were used as part of the refurbishment of the John Ruskin School, Coniston the Lake District National Park.

The school’s windows and curtain walling system were originally constructed from single glazed timber and were in a very poor state of repair with poor thermal performance and limited ventilation, which was negatively impacting on the learning environment.

The school appointed Top Notch Contractors to manage the full programme of refurbishments. The window and curtain walling element of the contract was awarded to Carlisle-based World Group.

World Group worked with Epwin specification manager Gary Millership who designed a solution that gave a U value of 1.3 W/m²K, exceeding the requirements of Part L of Building Regulations and helping to make the school more thermally efficient by design. In order to meet the requirements of Part F of Building Regulations, which covers building ventilation, the number of opening windows were increased, and additional trickle vents incorporated.

Gary Millership concluded: “When you consider that this project was awarded to World Group at the eleventh hour, with the aim of installing the new curtain wall screen and windows during the school summer holidays, this was a great success and a testament to all parties involved. The professionalism and skill of the installation team at World Group was second to none and we are delighted to have helped them deliver this first-class refurbishment project.”

The cream of the crop