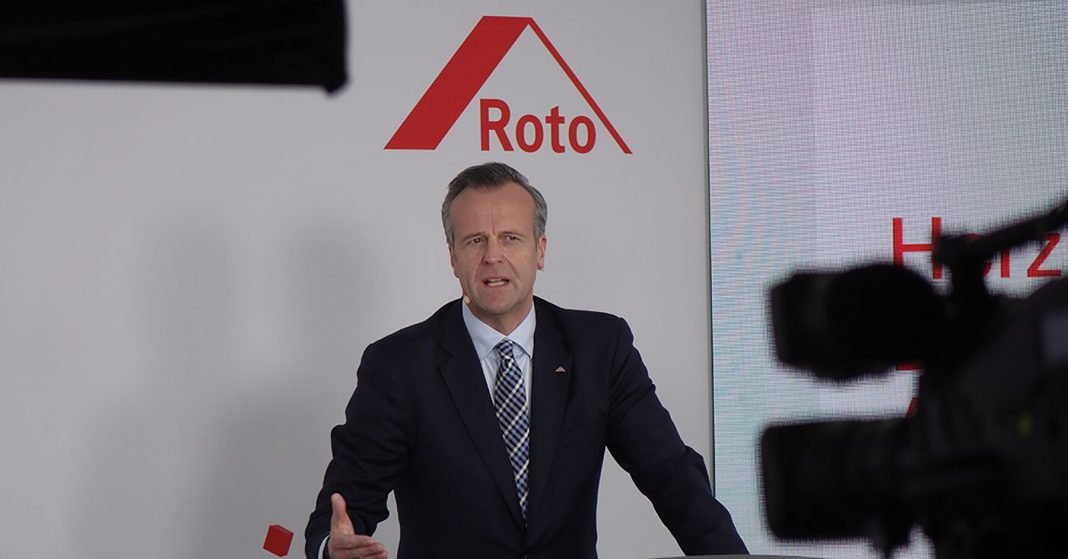 The operational directors of Roto have outlined how they steered the business through the events of 2020 and declared the year to be a relative success at the company’s International Press Day, held online and webcast from the hardware manufacturer’s headquarters in Leinfelden, Germany.

In the early days of the pandemic, Roto took the decision to ramp up production at many of its 15 worldwide factories in order to create buffer stocks, and also implemented a preventative healthcare programme to help keep employees safe. Marcus Sander, pictured, chairman of the Window & Door Technology division, said the move had helped ensure that not a single employee had been infected in the workplace.

Among the announcements were the fact that Roto has invested further in its commitment to digital communication, with regional teams working to expand their online training and ability to provide virtual technical support.

Sander identified Patio Inowa, the sliding hardware system, as a key product for Roto now and in future, with its ability to provide high levels of weather resistance and energy efficiency, space-saving properties and ergonomic, accessible design. A new upgrade to the system has just been launched, with SoftClose and SoftOpen options for even smoother, easier operation being the main feature.

Roto R&D teams are already working on the next generation, with the aim of raising the maximum sash load from 200 to 300 kg.

Dr Eckhard Keill, director of umbrella company Roto Frank Holding AG, stated that the Roto Group was on course for a projected year end total of €657 million, a 2% increase on the 2019 figure.