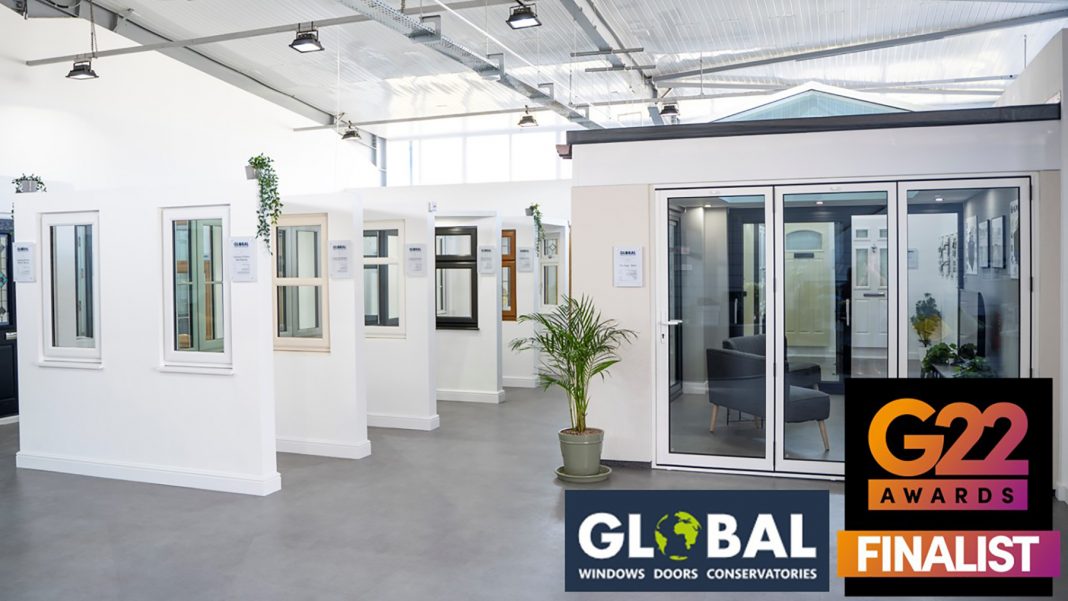 Emplas installer Global Windows has made the G-Award finals for the second year in a row with a shortlisting for ‘Installer of the Year’.

The past year has seen the Sheffield-based company open a brand new showroom, while also investing in technology.

Global Windows has also this year renewed its partnership with Bluebell Wood Children’s Hospice, after raising over £4,000 for the charity since May last year.

Managing Director Liam Hulme said: “The G-Awards have always represented the very best in the UK’s glass and glazing industry, and it’s a real honour to have been named a finalist.

“Our entire team has put a lot of effort into the growth of Global Windows, with the highlight of the past 12 months being the opening of our new showroom, and to be recognised by the judges for all our efforts is very humbling.”

Global Windows was also a finalist in last year’s G-Awards, as well as winners of two 2022 GGP Installer Awards.

Liam concluded: “Once again we are extremely pleased to have been named a G-Award finalist for the second year running – to have reached this stage is a wonderful achievement in itself.”

G-Award winners will be announced at a gala dinner on the 25th of November at Intercontinental London Park Lane.

Widgets up for two at G22

Residence and Widgets up for six G21 trophies