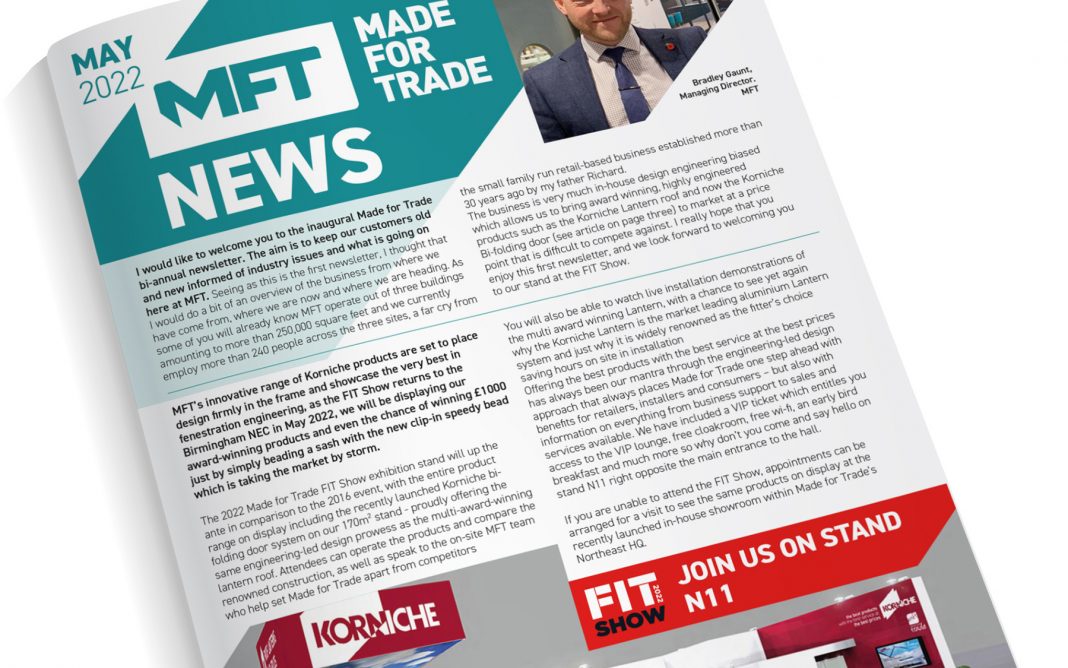 Made for Trade has unveiled a new digital-friendly branding that it says will better reflect the firm’s current product positioning, service offering and core values.

The move follows last year’s rebranding of the company’s Korniche product line, the parent company has now created a refreshed and reimagined corporate identity for itself.

Featuring a stylised angular typeface and design elements that reflect the company’s fenestration products and engineering, the new look sits alongside the new Korniche brand, allowing the two names to be instantly recognisable as part of a broader marketing drive.

The company says the new identity will allow MFT to further build a brand with greater impact across a broader range of marketing streams to reach new customers and “allows MFT to set itself apart from competitors whilst reflecting the cutting-edge products and design ethos, but also raise awareness and instant recognition to a buying public that are increasingly asking for Korniche and Made For Trade by name from its installers.

It continues: “The crisp and exacting branding also incorporates a detailed design nod to the company’s industry-leading approach to engineering perfection and innovation. Along with bringing in experience from the automotive and motorsport world, the recently announced recognition of rigorous ISO9001 quality certification applies new standards to the glazing industry.

“Furthermore, with patented features allowing the products not just to be stronger, slimmer and warmer, Made For Trade’s Korniche innovations also look to maximise efficiency to save the trade installer hours on site.”

After being unveiled at the FIT Show 2022, the new-look logo and branding will be introduced across digital and physical platforms from next month.

Let’s get this showroom on the road!