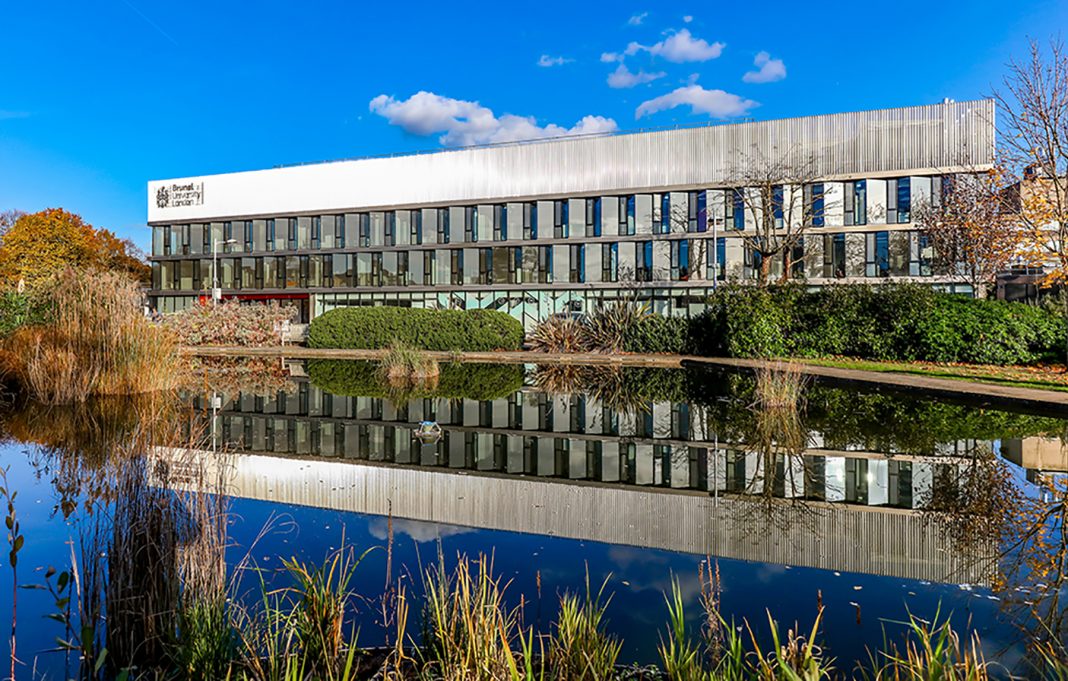 Kawneer’s AA100 curtain wall, AA540 vents, and series 190 and AA720 doors were specified by Sheppard Robson for the latest redevelopment of the Wilfred Brown Building at the university in Greater London.

Sheppard Robson had been working with Brunel since first master planning the campus in the early 1960s, designing the Wilfred Brown Building in 1968, and then adding a rooftop extension to the structure in the 1990s.

This latest revisiting creates a new identity for the recently formed College of Engineering, Design and Physical Sciences and comprises the £13.8 million external and internal transformation of the 4,710m2 building to create a new gateway at the western boundary of the university.

Sheppard Robson Associate Neil Price said: “We specified Kawneer’s curtain wall as a simple and elegant response to renewing the Wilfred Brown Building.  It forms most of the building envelope and the sawtooth façade arrangement to the west elevation in particular was key to achieving the architectural vision for the project. They were fundamental in achieving both the environmental performance and architectural vision for the project.”

He added: “The glazed elements and their sawtooth arrangement to the west elevation are key to the architectural language of the Wilfred Brown Building, enabling the existing 1960s structure to be adapted and reused, whilst creating a distinct and modern identity for the scheme.”

As part of the university’s Transformational Project (TxP) programme, and supported by the successful award of capital funding from the Higher Education Funding Council for England (HEFCE), Wilfred Brown has now been reinvented to create a new ‘front door’ for the college.

Internally, the ground floor has been opened up and a new double-height atrium constructed to the north, infilling an existing, underused courtyard and connecting the buildings to create a STEM learning centre.

Three storeys of modern, open-plan academic workspace are housed on the upper floors to support progressive ways of working for students and 141 members of staff, ranging from academics and lecturers to heads of department. At third floor, a large open-plan PhD research office is provided alongside communal staff facilities.

Alongside the wider sustainability strategy, enhancement of the envelope contributes to an improvement of 31.8% over Building Regulations Part L requirements, while the improvement over a baseline case representing the existing building is estimated to be 49.7%.