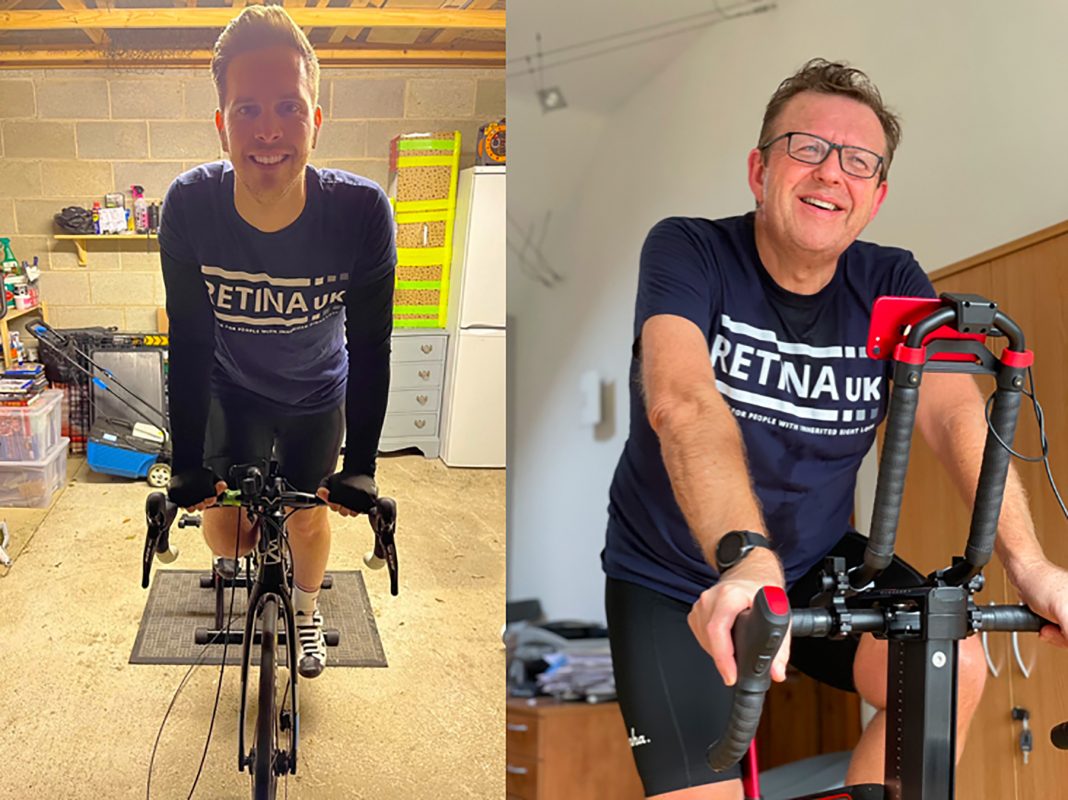 This virtual challenge replaces the Prudential Ride100 which Martin and his tandem ride partner Andrew Oates were scheduled to take part in during August, following much of the 2012 Olympic road race course. It is part of Euroglaze’s 40th anniversary charity campaign supporting Retina UK, which helps to fund research for all eye diseases like the one that caused both Martin and his brother Simon to gradually lose their sight.

With a mix of raffles, fun days, cake sales and even a virtual John O’Groats to Land’s End challenge, the Euroglaze team had already raised more than £6,000 when the first lockdown hit, but now they are more focused than ever on trying to reach their original £10,000 target.

Martin explained: “These lockdowns have hit all charities hard, but particularly the smaller, lesser known ones like Retina UK, which rely so much on fundraising from cancelled events like bike rides and marathons. Obviously, Retina UK is close to my heart, but there’s an extra urgency around their work at the moment because a brand-new gene therapy has just been approved for use on the NHS which finally offers hope to patients with one particular kind of Retinitis pigmentosa which causes inherited sight loss.”